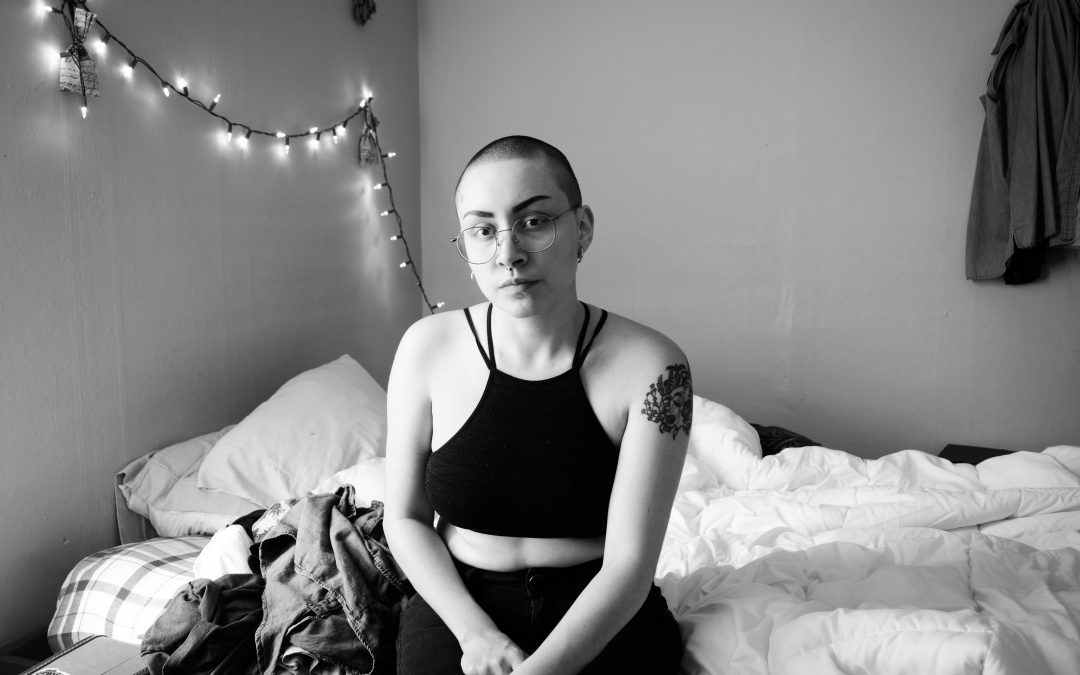 Chan Benicki is a queer singer-songwriter, writing songs and playing bass in their band, Porch Cat. In this Half Access interview, Chan talks about accessiblity both on and off stage. 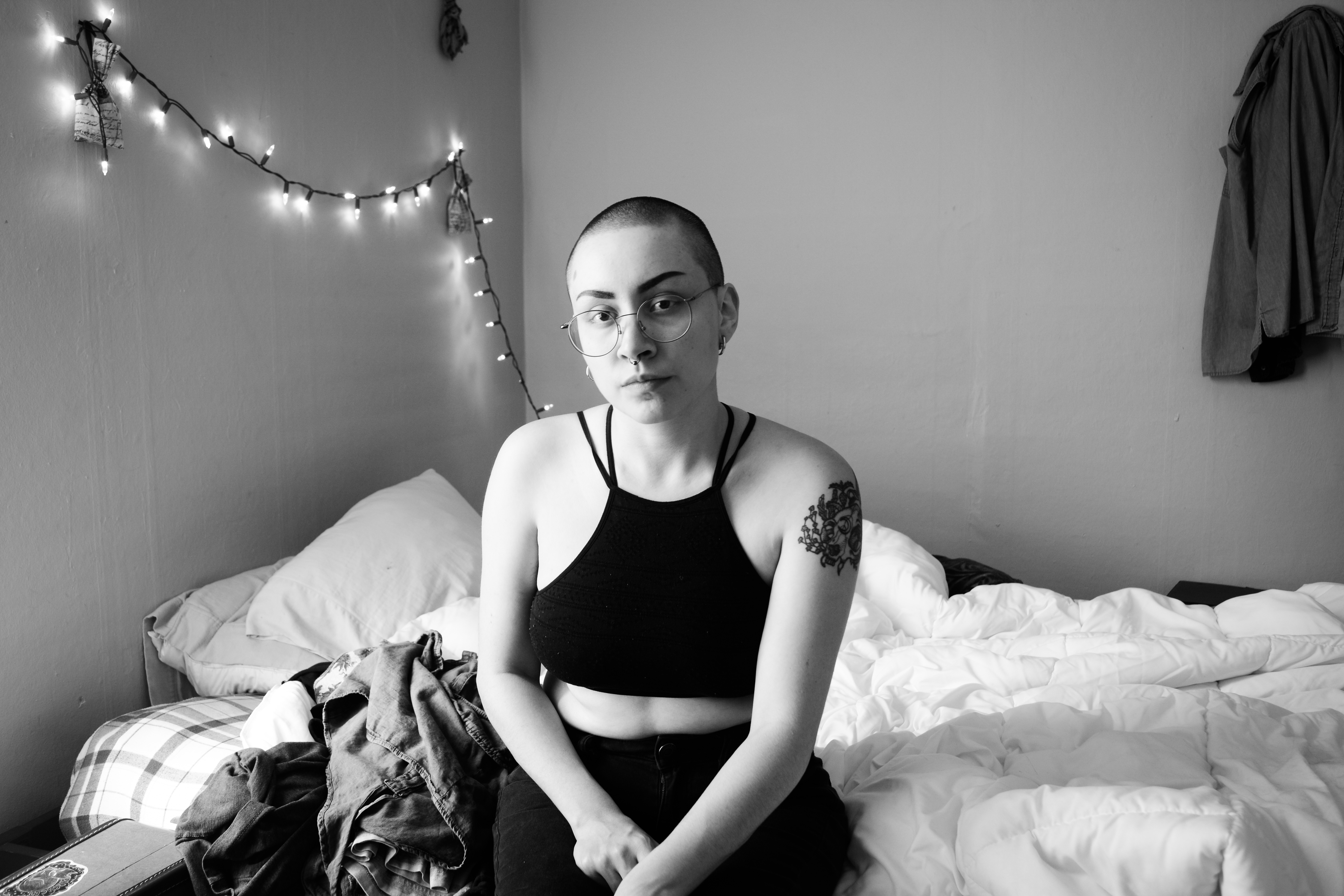 Chan Benicki is a singer-songwriter and bassist in the band Porch Cat.

When did you start going to shows and getting more connected to the music scene?

When I started performing music again, in college. In middle school and high school, I performed for talent shows but didn’t really perform at venues or open mics. When I got to college, I started writing songs again, and seeing others perform their original music showed me that I could do it too.

Talk a bit about your disability and how it affects your experience both playing and attending shows. How does playing compare to attending?

Most notably, I have Ehlers-Danlos syndrome (EDS), postural orthostatic tachycardia syndrome (POTS), and narcolepsy with cataplexy. For me, EDS causes chronic pain, fatigue, gastrointestinal symptoms, partial and full dislocations of my joints, and some other various symptoms.

I originally played guitar, and while I still pick it up sometimes, it still increases my hand pain, so I switched to writing on and playing electric bass. It’s frustrating to not be able to consistently play an instrument I’ve been playing for so long, but it’s also allowed me to realize that I love playing bass!

My POTS makes standing for a long time difficult—though, moving around on stage helps combat some of that. Standing in the crowd is a different story, though.

Narcolepsy has been more socially difficult for me. My cataplexy can kick in after performing, making it hard for me to move or seem responsive, which can leave me unable to socialize. If I get too tired, I can’t stop yawning and might have a sleep attack. The later a show is, the more likely I am to have to leave early or go to the car to sleep. I once got in trouble at a bar I played at because they assumed I was inebriated, when I was just trying to get through narcolepsy symptoms.

When did you start playing live music? Was there any hesitation due to your disability?

I started playing my own music live before I had words for my disabilities. I remember getting a cyst due to a physically demanding job and thinking, “I should be able to push through this.” I realize now that EDS makes my joints more vulnerable to cysts and other injuries and that I can’t just push through everything. It’s been a balancing game of learning how to accommodate for my own disabilities and to not feel ashamed for having to take breaks or slow down.

Have you ever needed accommodations to play a show? If so, what was that process like?

Most of the time, I’m able to have a chair just in case. Sometimes I ask for less lights, depending on the venue. The most frustrating is when I’ve needed to use my wheelchair and found that the venue was not wheelchair accessible when it claimed to be. I’ve had to get out of my chair, have it lifted on stage, then walk up the steps with my cane so I can sit again.

Do you feel like most venues are prepared to host performers who are disabled?

Definitely not. I’ve performed at a couple of venues that are pretty accessible for wheelchair users, but it’s not very common. I feel like a lot of people don’t really know what accessibility means, or what accommodations should be offered, and that is consistent in the world of music venues.

Have your experiences with venues improved over time when it comes to ableism/inaccessibility or have things mostly stayed the same?

Honestly, it’s stayed the same for the most part. I’ve helped some folks who organize shows to include thorough accessibility information, but even that can be a struggle to make happen. It’s especially challenging in DIY settings, where there are little funds to go towards the costs of making a venue accessible.

What’s been your best experience with accessibility?

In Bellingham, we have the Alternative Library that is really wonderful. Everything is on one level and the bathrooms are spacious. The performance area can be on an elevated stage or on the floor, which is super nice. It’s always a good experience there. I’d also say that my experiences with DIY scenes in Portland have been really warm and welcoming. When I lived there, there was a big push to include detailed accessibility info and help disabled folks play and see shows.

What’s been your worst experience with accessibility?

Being told I had to wake up or leave at a show where I was struggling with my narcolepsy symptoms. Oh, and one instance (or two or three) where I tried to use the “accessible” bathroom stall at a venue and couldn’t fit with my chair.

How can folks—especially venues—be more accommodating of artists with disabilities?

One of the most annoying things is not being able to get to the stage independently. A ramp up to the stage would even benefit people moving amps and other large gear.

Having the accessibility information readily available makes everything easier, it’s really frustrating to go back and forth to try and coach venues on what information is needed.

Also, venues: less flashing/moving lights please. Not just for the artists, but also for show-goers. For many, flashing or moving lights can trigger migraines, vertigo, nausea, or seizures. I’d rather play a show where the lights aren’t too bright as well.

Also, just admitting what you don’t know instead of being defensive when accessibility needs come up could change a lot. It’s so easy for us to get discouraged, especially when someone else doesn’t want to learn.

Is there anything else disability/accessibility related that you’d like to talk about?

Disabilities can look so different between people, even within the same condition. Many disabilities are invisible. And, sometimes, disabilities can vary in how they present day by day. Take a moment to think before approaching someone you might assume is intoxicated. Ask if they’re okay or need water.

What artists have you been into this year?

I’m always a Mitski fan. Thelma, who also has EDS, released a beautiful album. Laura Stevenson’s new album is one of the most gorgeous things I’ve listened to. Control Top, Potty Mouth, Charly Bliss, and PUP have released some cool albums this year! And the new Stef Chura album is great (plus, I love Car Seat Headrest, who produces the album). I also loved the Du Blonde album from this year. Oh, and that Karen O album with Dangermouse. There’s a couple young Bellingham bands I’ve really enjoyed seeing live: Beautiful Freaks and Razzleberry. We also recently played with Alien Boy and B.R.U.C.E. from Portland, and they’re both so good!

What’s your dream show lineup for you also to perform on?

I want to play a show with PUP, Charly Bliss, and Speedy Ortiz. And Jeff Rosenstock. I’m also hoping that we get to play with Wheelchair Sports Camp someday! Punk and hip hop are a match made in heaven.

END_OF_DOCUMENT_TOKEN_TO_BE_REPLACED 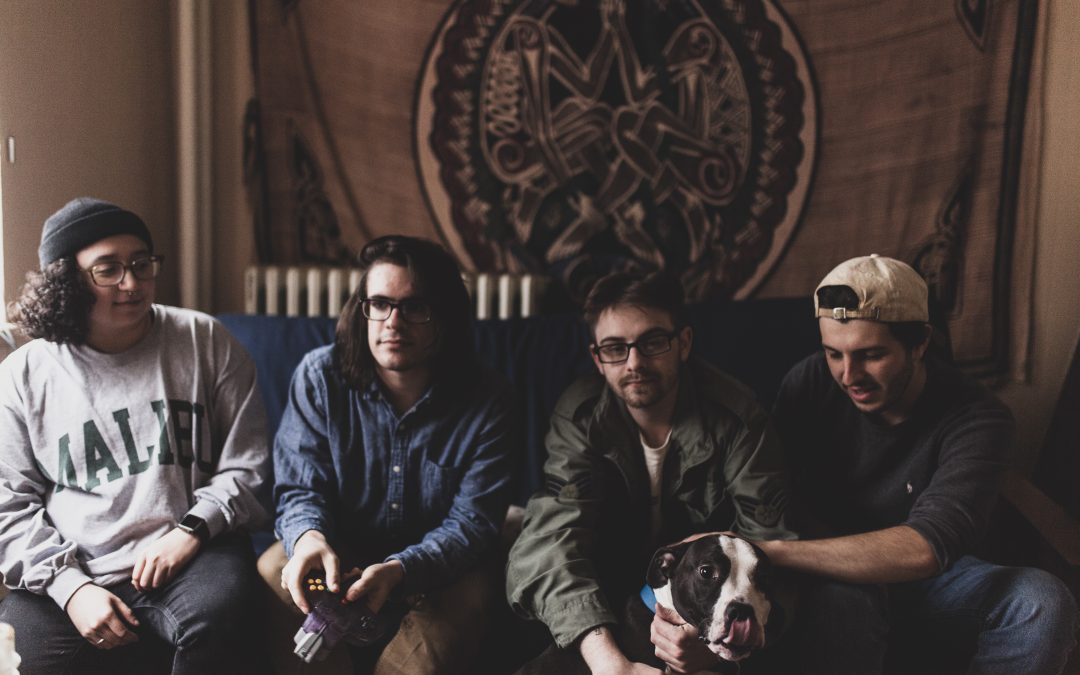 Though you may connect Half Access to Luciano Ferrara & The Ensuing Disaster through the interview we did with them or through their participation in Access Live, today we’re excited to be premiering “Lavender & Honey,” the second single from their new EP. Accompanying the new song is a music video by Timeline Visuals. Their new EP, The Hidebehind, is out next Friday, November 15, was produced by A Will Away/Steadfast Studios.

END_OF_DOCUMENT_TOKEN_TO_BE_REPLACED 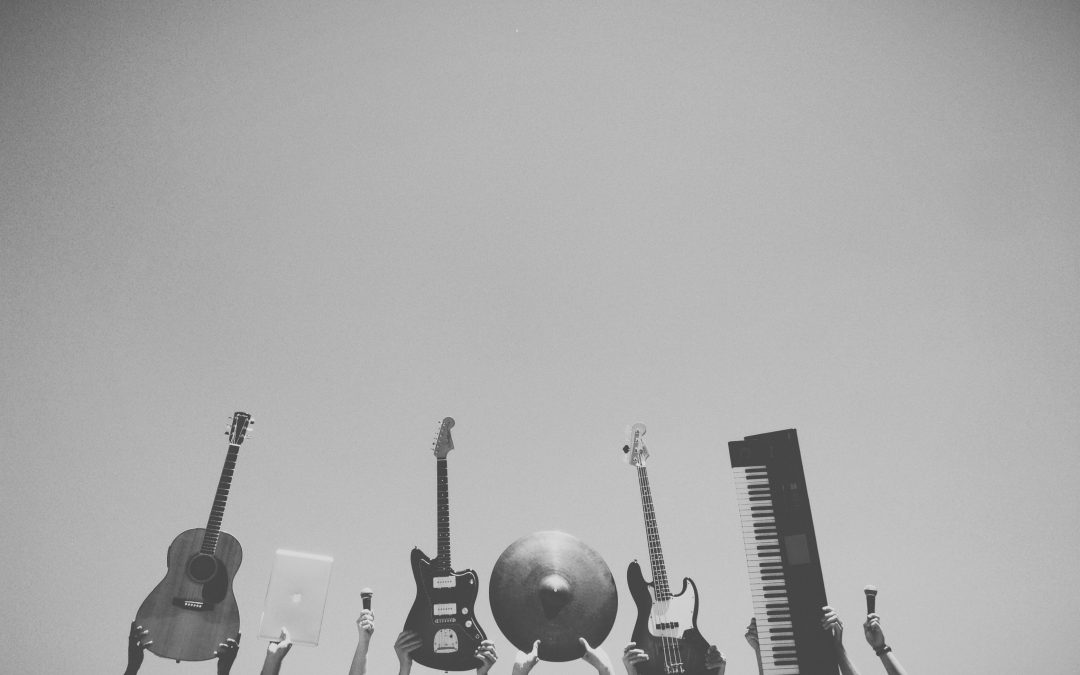 The Half Access mission is to make live music more accessible, and in most of our recent work we’ve focused on the experience of disabled fans attending shows. There’s another huge part of venue accessibility, which is making sure that disabled musicians can access venues. But, before playing shows comes learning an instrument, which can often look different for disabled musicians. I got the chance to interview a few disabled musicians to share their experiences with adapting how they learn and play their instruments in a way that works with their disabilities.